With the arrival of the first Jews on Curaçao in 1651 came the establishment of Beth Haim Bleinheim. There are approximately 5,000 graves located at Bleinheim, about half of which are visible with monuments while of others the inscriptions or funerary art have completely deteriorated away. Through the past few decades, the cemetery has fallen into a state of irreversible decay because of toxic emissions by the ‘next door’ oil refinery. Thanks to Rabbi Dr. Isaac S. Emmanuel, we can showcase some of the beautiful epitaphs that once decorated the cemetery.

Upon the arrival of the first group of Jewish settlers in 1651, the West India Company (WIC) made available to them a strip of land about two miles north of the walled city Willemstad. The settlers were to use this land for the purpose of agriculture to which their settlement license obligated them. It is in this same general area that their earliest houses of worship were consecrated, and it is there that the first parcel of burial ground was provided to the Jewish settlers in 1659.

As can still be seen in various cemeteries of Sephardic Jewish communities in Europe, Surinam, and St. Eustatius, the tombstones in Curaçao originally lay flat and level with the ground. Starting in 1930, the congregational board decided to raise all 2,500 of the then-visible tombstones and place them on concrete bases of about half a meter high so they would be safe from soil and stones and become clearly visible forever. The congregational board could not have foreseen that this well-meaning process over the next decades would expose the historic sepulchral art and inscriptions of the tombs to toxic emissions of the increasingly active adjoining oil refinery and lead to the complete deterioration of virtually all the tombs. 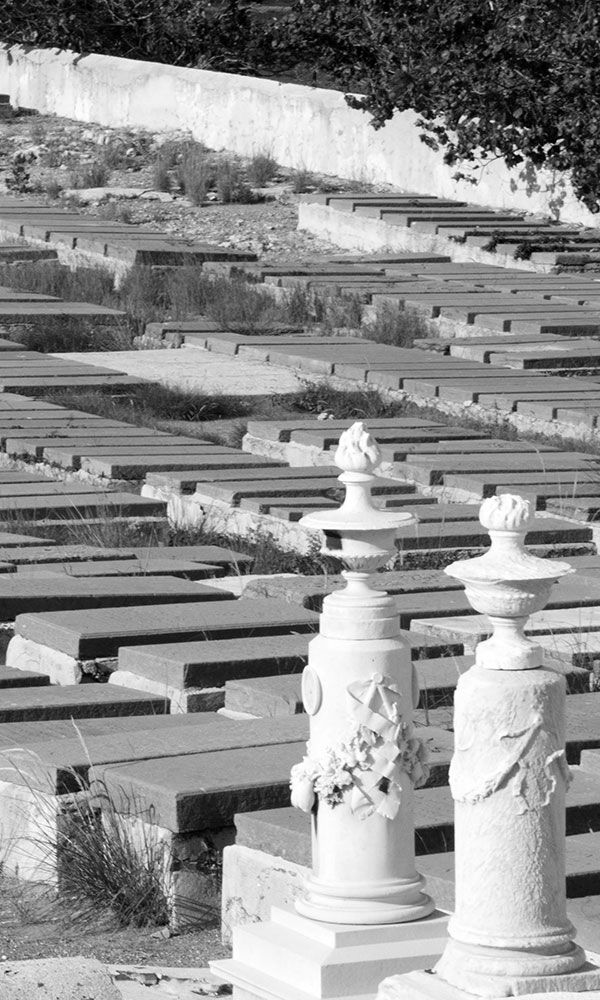 Hover with your mouse over the video to turn on sound

Since the end of the nineteen-forties it has been observed that the gravestones had significantly deteriorated. The cause for this is in the toxic emissions from the oil refinery which had been expanding increasingly and virtually enclosed the cemetery. From the beginning of the fifties until the mid-sixties there was regular correspondence between the Jewish community and the management of the refinery about the causes of the decay. The most important question posed by the refinery in that correspondence was that the causal connection between the decay of the gravestones and toxic chemical emissions from the oil refinery had not been proven. The refinery denied that there was a causal connection despite argumentation and examples offered but was willing to provide donations in the interest of preservation of culture. These donations would prove to be minuscule in comparison to the task at hand and the destruction caused. The Jewish community in turn was not able to finance the expensive research which might have proven the causal connection.

During the period mentioned, several unsuccessful attempts at rescue of the sepulchral decorations were undertaken to try to protect the gravestones from the harmful emissions of the refinery. When it became clear that the tombstones in Beth Haim Bleinheim were beyond saving, Alexeenko, a Russian architect/sculptor, created replicas of eight tombstones from the cemetery in 1959 in an attempt to preserve some of the cemetery’s funerary art. These replicas are on display at the Jewish Cultural Historical Museum in Willemstad. For more details of these restoration attempts, the various experts consulted, and discussions held throughout several decades with Shell, the then owner and operator of the refinery, refer to the article “Restoration efforts for the “speaking stones” of the Beth Haim cemetery”.

" If the lives of those here portrayed have a beneficial effect on their descendants, today’s Curaçaoan Jews, my work will not have been in vain ”

Isaac S. Emmanuel, in PRECIOUS STONES of the Jews of Curaçao, 1957.
Virtual tour through the tombstones 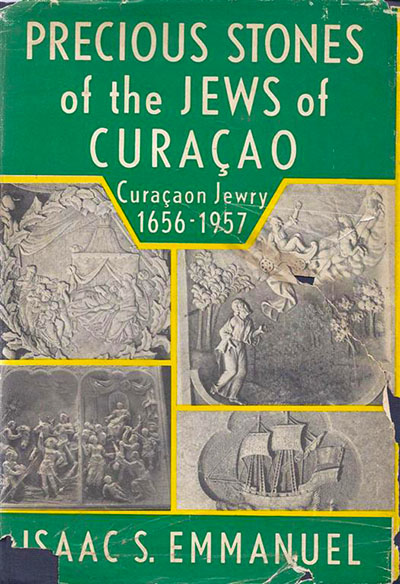 Born in Salonika, Greece, Rabbi Dr. Isaac S. Emmanuel became one of the most well-known historians and rabbis of the Jewish community. After establishing a prominent reputation in Greece, Emmanuel became rabbi of Congregation Mikvé Israel in 1936. Though he was a rabbi, Emmanuel would also become the librarian of the Curaçao Government Library. Determined to document the history of Curaçaon Jewry, Emmanuel researched government archives, the American Jewish Archives, the archives of the Reform Community of Curaçao, and of course Mikvé Israel’s own archives. After witnessing the erosion of the tombs within Beth Haim Bleinheim firsthand, Emmanuel set on documenting all visible tombstones to preserve the history of Curaçao’s Jews. In 1957, Rabbi Dr. Isaac S. Emmanuel (1899-1972) published Precious Stones of the Jews of Curaçao: Curaçaoan Jewry 1656-1957. This book includes the epitaphs of over 500 tombstones within Beth Haim Bleinheim which can no longer be seen due to years of erosion and irreversible damage. Without the work of Emmanuel, hundreds of epitaphs would be lost forever. However, his detailed documentation has allowed historians and the Curaçaoan Jewish community to learn more about those who are buried at Beth Haim Bleinheim. In honor of Emmanuel, the road leading to Beth Haim Bleinheim was renamed Dr. Isaac Emmanuel Street in 2001. 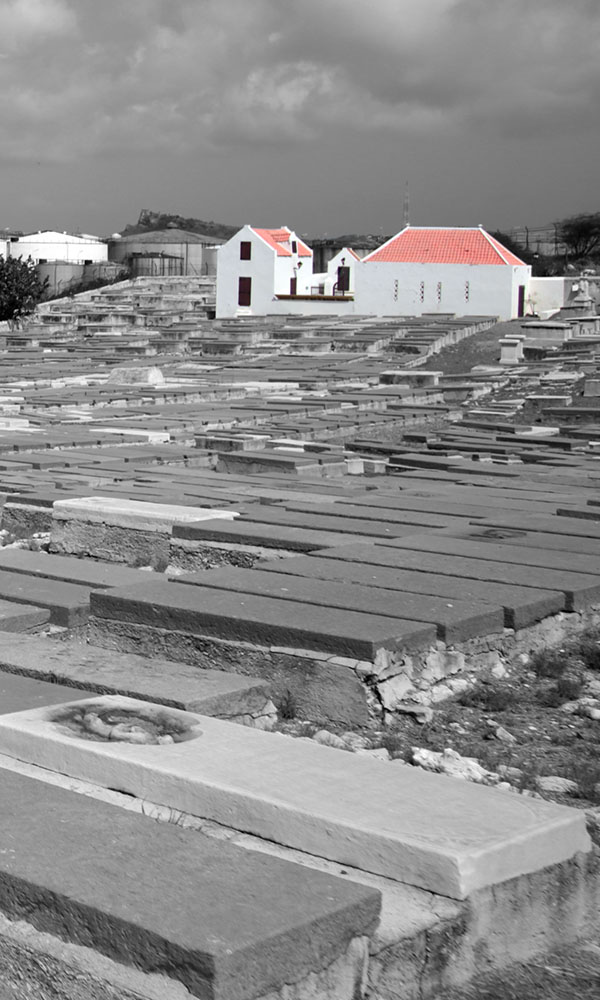 Closed on Saturdays and Jewish holidays.

We acknowledge the tireless efforts of more than three decades by Charles Gomes Casseres to seek ways to preserve Beth Haim Bleinheim as a Jewish historic site. Although his interventions did not lead to a solution for saving the cemetery, his work built upon that of Dr. Rabbi Isaac S. Emmanuel to further record and preserve the rich heritage that lays here.